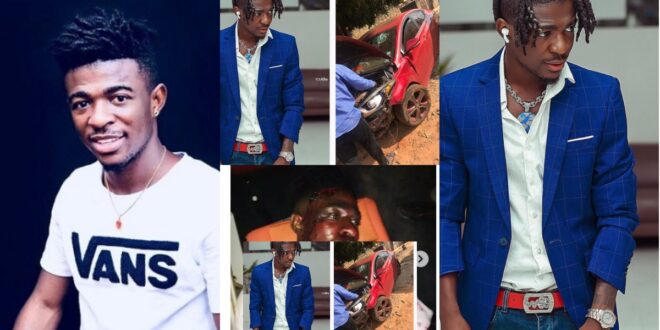 According to reports that reached our front desk, the Kumawood actor engaged in the accident in the afternoon when he was returning to Accra after performing at an event in Kumasi.

Frank Naro was reportedly rushed to the Suntreso Hospital following the accident and was later transferred to the Komfo Anokye Teaching Hospital in Kumasi – Fortunately, new reports reaching us has it that he has been discharged and doing well and a check on his Instagram page also buttress the reports.

Read Also  This Cute Photos Of Grandma, Daughter And Grandchild Gets People Talking

Taking to his official Instagram page this morning, Frank thanked God for his life. However, his post subtle suggested he is still having problems with his arm which sustained most of the injuries as he stated “…and wait for its light to bring life back to my limbs…”

Meanwhile, popular blogger Zionfelix visited him after he was discharged from the hospital, and photos from his visit indicate that Frank Naro is currently doing very well.