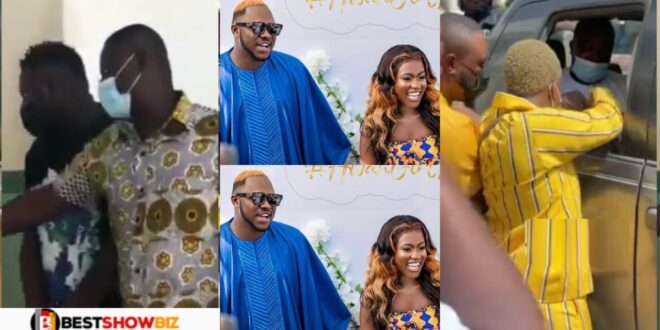 For better, for worse’: Fella Makafui says after helping her husband get bail

Fella Makafui, the actress and wife of rapper Medikal, has posted a new tweet on Twitter expressing her relief that her husband has recovered his freedom, although temporarily.

Following his arrest the day before, Medikal was remanded in custody for five days by an Accra Circuit court on Friday, October 22.

He was charged with illegally displaying weapons and ammo and pleaded not guilty.

According to the snippets of videotapes we saw, Fella played a vital part in securing Medikal’s release because she was often seen in the thick of things the day he was put on remand and the days preceding up to his release.

In a new tweet, the former Yolo actress declared that she will be with Medikal “through thick and thin,” as indicated in their wedding vows, which include the famous phrase “for better or worse.”