the former captain of the Ghana national team, Asamoah Gyan who became a musician some years ago has now turn into an actor.

it all began when Asamoah started acting funny videos titled “Nsemfoo” at the Black Stars camp during the AFCON in Egypt.

well, just after a week the Black Stars came home, Asamoah has announced of his up-coming TV series.

he took to his IG handle and posted;

this  shows Asamoah Gyan is now an actor. 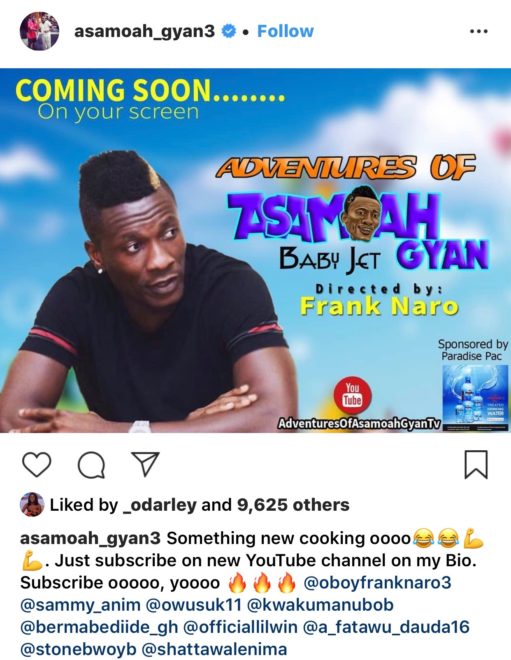