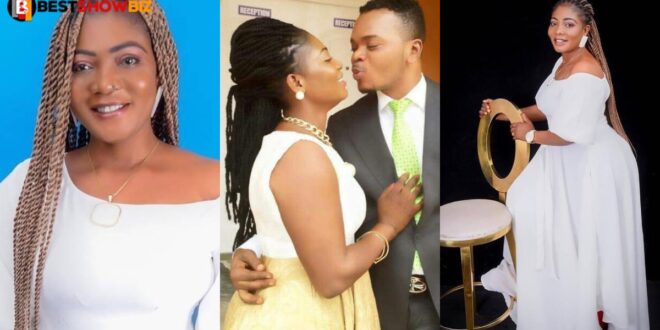 Florence Obinim, a hibernated Ghanaian gospel musician, has been absent in action on social media for some time now.

Her sudden return in some new images and videos spotted on social media, however, has raised a lot of suspicions because she has changed significantly.

Florence Obinim was recently observed at the opulent birthday party Rev. Obofour threw for his wife, and the one thing that drew the attention of many netizens was her massive back, which was previously unnoticed.

Her husband, Bishop Obinim, accompanied her to the party, and the new look of her back has prompted some internet speculation that she has undergone surgery to achieve her new laden figure.

While reacting to the video, Instagram user @nanaammaagyema stated, “eiii Florence has gotten ass ooo,” while @el.matik commented, “eiii Na since when did Florence get such a big butt, wow,” and @kwamepriceless claimed, “it is all plastic is not even shaking.”