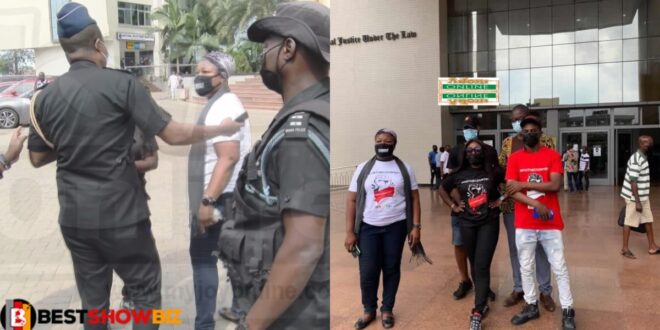 The Ghana police service and #FixTheCountry demonstrators clashed in court as the police sought a restraining order on their demonstration.

on Friday, June 4th, there was drama in court as #fixthecountry protesters battled with police prior to the hearing of the case in which the police are seeking a restraining order against their demonstration.

The police expressed worry in court on Friday about the manner in which some of the people holding Ghana flags appeared.

The event was reported to the court, which was presided over by Justice Ruby Aryeetey, who directed the demonstrators in the case to attend to court individually.

The matter has been rescheduled for hearing on Monday, June 14, 2021.