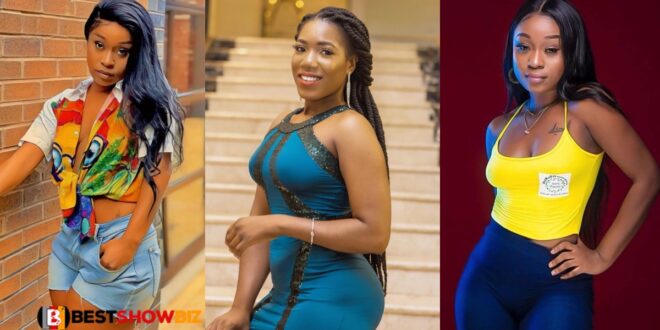 Actress Victoria Lebene has taken a sly dig at fellow actress Efia Odo, claiming her style of dressing is not qualified for her to even join the FixTheCountry campaign.

Konkonsah’s wife is urging young people to dress appropriately in public and on social media in order to support the Fix The Country campaign’s rationality.

Lebene stated in an Instagram post calling for decency in fighting for the FixTheCountry cause that contributing your voice to support the campaign should also go hand in hand with dressing properly to suit the cause.

“Don’t say fix and not fix yourself! Change starts with us the youths. The old folks will leave, and when we hold the fort, we will account to everything we do!. COURSE- Means the Direction, Route, Way, the journey! read and research on things before your comment. THANKS!,”