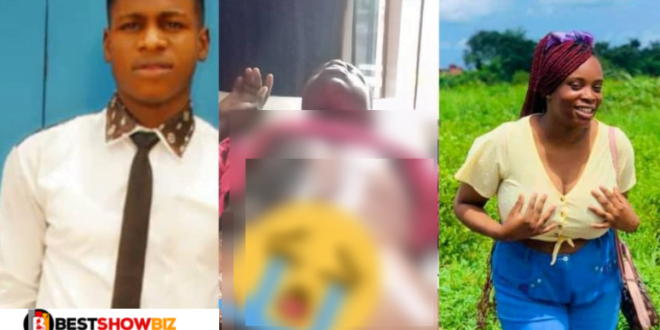 Miracle Ogochukwu Chiagoziem, a level 300 student at the Federal University of Technology Owerri (FUTO), has reportedly been arrested in Imo State for allegedly pouring hot water on a colleague over toothpaste.

The lady is said to be in police custody for allegedly pouring hot water on a colleague named Wisdom Uchenna Chukwuemeka, a level 400 student in the same university’s Geology department.

The incident occurred on November 4, 2021, at their hostel, after the lady went to Wisdom to ask for toothpaste.

According to reports, Wisdom did not respond to Miracle because he had a visitor, so after a while of standing at the door, she became enraged and began to make a scene.

Read Also  "A real man supports his woman even if she is pregnant for another man"- twitter user reveals.

The source who confirmed the incident narrated, “Wisdom later came out to confront her over her behavior, and an argument ensued. She threatened to pour hot water on him if he doesn’t leave. A lady even stepped in to pacify them but before she could say, Jack, Miracle carried out her threat. She emptied a pot of hot water on both wisdom and the lady.

He’s currently hospitalized, severely scarred. The water was targeted at his private part and now his genitals are completely peeled. He is currently at risk of missing his entire exams for the current semester which may result in an extra year for him.”