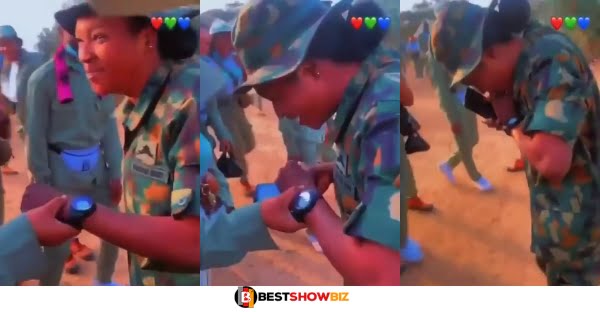 A female soldier has gotten herself in hot water when a video surfaced of her accepting the proposal of her civilian partner.

According to reports, the incident in Nigeria prompted Brigadier General Onyema Nwachukwu, Director of Army Public Relations, to say in an exclusive interview with The PUNCH on Sunday that the female officer violated military laws by engaging in a public display of amorous relationship with a paramilitary trainee – a corps member.

He went on to say that they would be penalized for their actions since they violated their code of conduct.

The video that resulted in the female soldier’s punishment showed the soldier’s lover getting down on his knees and asking for the lady’s hand in marriage, which she accepted.