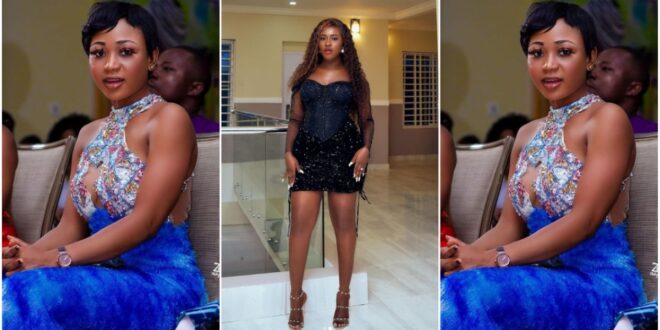 “I Reported Akuapem Poloo To The Police” – Fella Makafui – Video

Fella speaking in an interview with Sammy Flex revealed that she reported Poloo to the East Legon Police.

she explained that Poloo kept on speaking ill about her marriage and pregnancy and that she wanted to take her to the court.

it could be recalled that Akuapem Poloo revealed in an interview on LinkUp show that Fella reported her to the police, well it appears that it’s true since Fella herself has admitted.

Fella during the interview also revealed that Akuapem Poloo used to come into her DM and beg her to have a beef with her in other to trend but she ignored her.

“She kept on disturbing me to start a beef with her in my DM on Instagram. The more I ignored her, the more she persisted. I was so tired that I eventually blocked her. What annoyed me the most was when she was bad-mouthing my Marriage on all social media platforms. I had to involve the police because I didn’t want to give her that attention.”

watch video of the interview below;