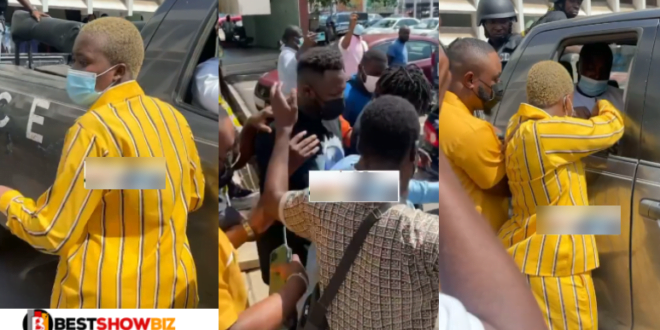 Fella Makafui, the wife of musician Medikal, was seen in a viral video bawling her heart out in court when the judge ruling over his husband’s case sentenced him to five days in prison.

The judge denied bail to the singer who was detained for flashing a pistol on social media, instead ordering him to be held in police custody for five days before being brought back to court.

Medikal’s mother, who was also present at the court, was seen sobbing excessively as her son was loaded into a car and sent to the prison.

In the video, Fella approached the car in which medikal was seated and offered him something that could not be seen at the time he was sent away.