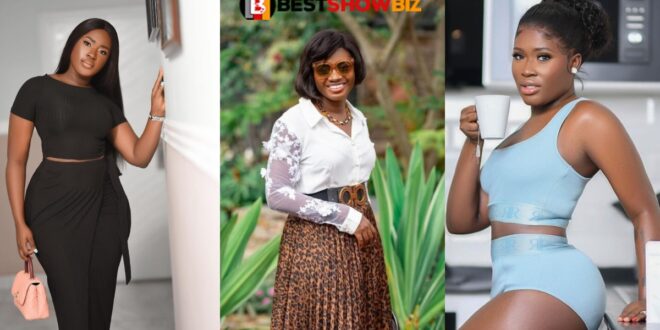 Fella Makafui and Martha Ankomah are well-known Ghanaian actresses who are well-liked by the general public. The two celebrities appear to have distinct personalities, and their well-endowed beauty speaks for itself.

Fella Makafui is the sort of lady that enjoys flaunting herself in social life activities such as partying, being featured in music videos, modeling, and so on. Martha Ankomah, on the other hand, does engage in certain social activities but not to the amount that Fella does.

Furthermore, based on their clothing choices, Fella prefers to wear semi-naked or tight outfits that highlight her great curves, whilst Martha does not. She typically wears material-made clothes and a few formal gowns that conceal her body parts.

Furthermore, Martha is a peaceful and decent woman, but Fella Makafui is the opposite; Fella Makafui is the sort who bolds up in whatever she does. We can not characterize her as a good lady in person, despite the fact that she is not particularly harsh or immoral. She is the sort who is open to everyone and generally flirts around on social media with her curvy figure.

below are photos of Fella Makafui;

here are photos of Martha Ankomah