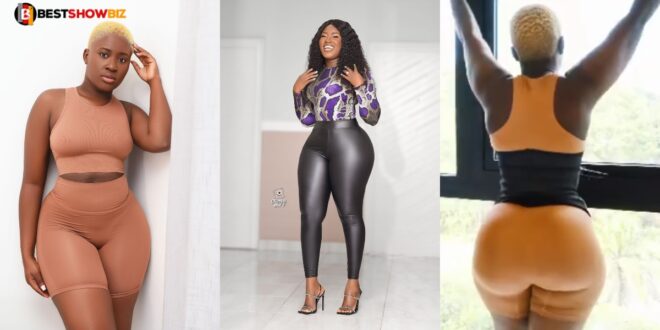 Mrs. Fella Makafui Frimpong, a well-known Ghanaian actress, has slapped a fan on social media for criticizing an ad costume she wore.

According to a fan who commented on the married actress’ Snapchat account, she is now married and should not dress like that on social media.

The admirer responded to the post about Fella wearing cleavage-baring gym clothing by saying, “U are married woman.”

The actress, on the other hand, retorted that the fan is too shallow. She also stated that she will never live in dread of society criticizing her lifestyle.