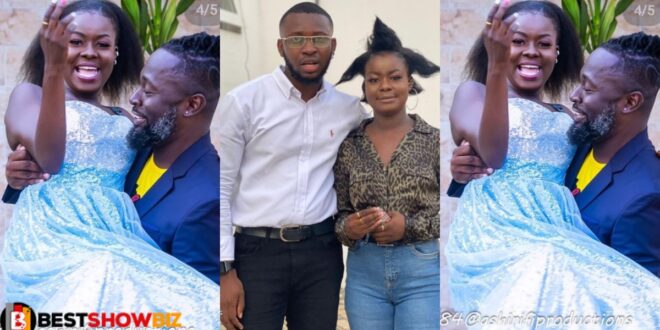 Fatima, the star of the dating show DateRush, has stirred outrage after photos of her in the arms of another man surfaced on social media.

Our detectives tracked the photographs down to Fatima’s Instagram profile, where she posted them in 2020.

Fatima appeared to be pleased and smiling in the images as the mysterious man carrying her.

This makes us wonder if Fatimah was already in a relationship before she went to DateRush and met Bismark (a participant on the show).

Fatima revealed that she has not dated a man in at least five years when she was recently interviewed by Deloris Frimpong Manso on the Delay program.

These photographs, on the other hand, appear to show differently.

Anyway, have a look at the photographs below and let us know what you think.