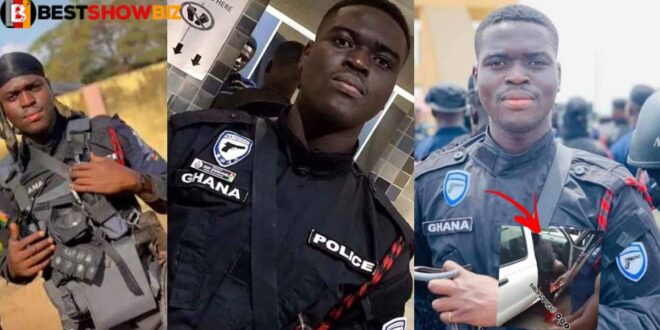 The father of Constable General Osei has revealed when he last spoke to his son.

The deceased’s father told reporters at their family home that he last spoke to his son on Friday, June 11, just days before he was killed in the horrible heist on Monday, June 14.

“He came here last Friday [June 11] and said he was packing his things to move, so I told his mother to call a taxi for him.” I asked him when he would come and take me to his new apartment after we completed packing, and he said he would come and pick me up to see his new place in Kanda Estates by the end of the week,” Osei’s father stated.