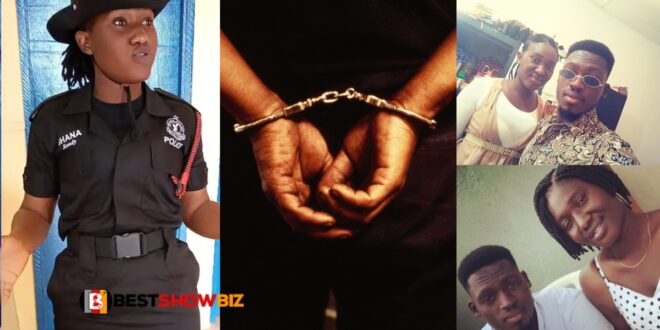 Current reports sighted by us indicate that the father of Louis Asante, the lover of the late Sandra Asiedu, who is accused of murdering her, has been apprehended.

As we reported yesterday, Sandra Asiedu, a general constable in the Savannah Region’s West Gonja District, was discovered dead in her room.

On Monday, August 2, 2021, Louis’ 59-year-old father, Joseph Asante, was arrested in Obuasi on suspicion of the murder of the late police officer.

According to initial reports, Asiedu’s boyfriend was suspected of stabbing her to death, making him the primary suspect.

The 59-year-old is accused of assisting his son in escape after he (Louis) reportedly attempted suicide, according to the police chief superintendent.