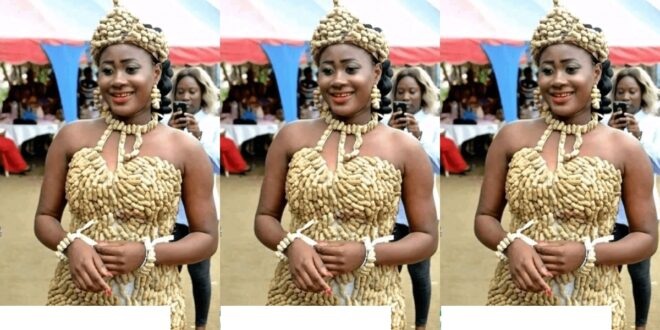 A photo of a woman wearing a groundnut dress on the day of her traditional marriage has gone viral on Facebook. This photo drew a lot of attention from Facebook users, with some claiming that the designer of this Groundnut dress is deserving of an award for her work.

On the Facebook page known as the Igbo Rant, a correspondent known as Atasie wisdom took to post pictures of the lady wearing the groundnut shirt .

On the Facebook page known as the Igbo Rant, a correspondent known as Atasie wisdom took to post pictures of the lady wearing the groundnut shirt .

He said that the image and artist had gotten the attention of a large number of Facebook users. He said that the dress designer deserved an award and that he should be recognized.

“The person that designed this groundnut dress should be given and Award for this Awesome creativity and Talent. Such gift and talent is rare to find because I personally have not seen such Talent ever before in my life”, Wisdom Atasie said.

Many Facebook users reacted to the post, with some praising the designer and saying that the lady in question was courageous to wear such a dress at her traditional wedding. 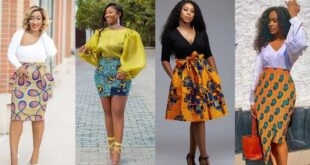 Ankara skirts with top styles you can try today.