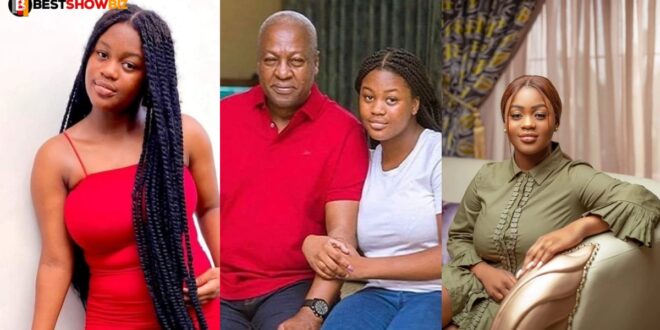 Farida Mahama is the first and only daughter of John Mahama, the former President of Ghana.

Her father, former President John Dramani, shared a few photographs of her on his social media account as she celebrated her 17th birthday.

The images have now gone viral, garnering a large number of likes, comments, and responses on social media.