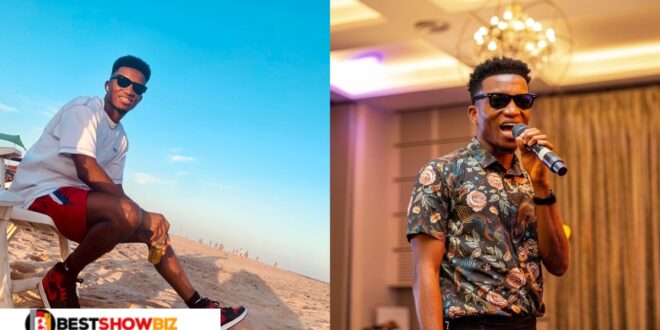 Olivia Seduah, a young woman, praised Kofi Kinaata’s songwriting abilities after seeing the music videos for his songs ‘Thy Grace’ and ‘Thy Grace 2’.

The lady, a fan of the Takoradi-based rapper, was captivated after viewing the song’s music video, which was released a few months ago.

Kofi Kinaata has won the VGMA Songwriter of the Year award four times in five years, something no Ghanaian musician has ever done in the history of the award program.

Olivia noted in a comment underneath the video that

“Kofi Kinaata is the reason why Fante dialect should be made an international language. The world must listen to the wisdom he speaks through his songs.”