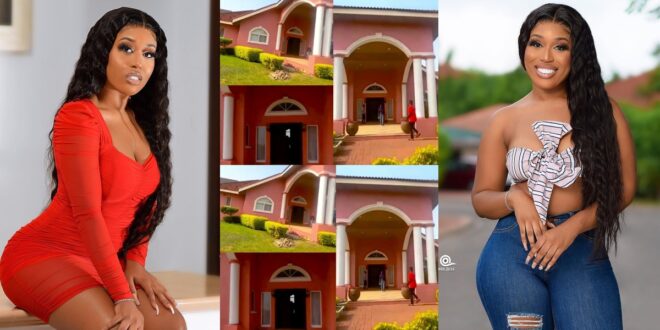 Fantana, a Ghanaian singer, talks about her new single “No Dulling” while showing off her luxurious and beautiful mansion.
The 4syte TV crew paid a visit to the stunning singer in her opulent home.

Fantana showed the crew around her home before discussing her new single.

Mix Master Garzy in Tema produced Fantana’s new song “No Dulling,” according to her.

She revealed that it took her nearly three hours to perfect the song.

Ras, the manager of the “No Dulling” singer, revealed that her new song was written by him.

Her mother’s journey to becoming a member of Parliament for the Jomoro Constituency was also revealed by the stunning singer.