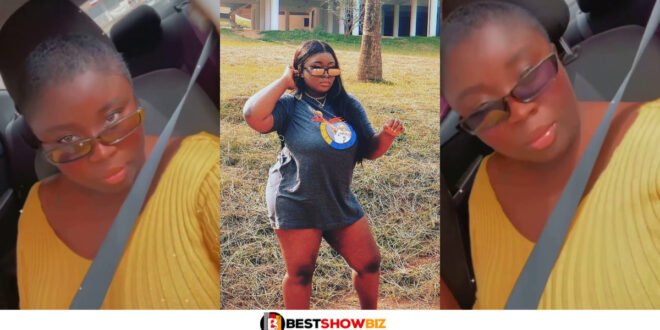 Thru the video, Maame Serwaa looked to be traveling in town in a vehicle as she showed off her new style.

The actress was seen rocking a short hairdo as she traveled thru town in what looked like a fancy vehicle.
The Kumawood actress was seen wearing a pair of sunglasses in the video, but at one point, she raised them to expose her face and natural beauty.

She was being driven by someone but the footage did not allow viewers to see who exactly was in the car with her.