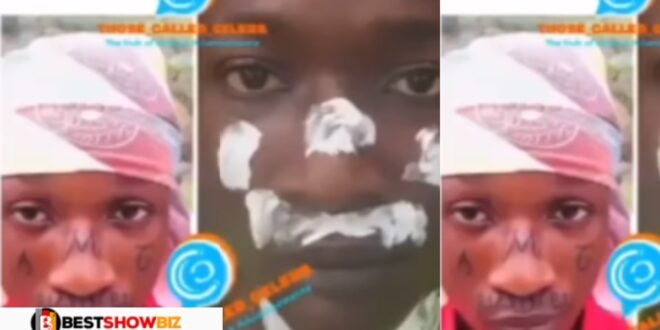 Recently, a video of a young AMG Business fan who is also a die-hard Medikal fan sparked outrage on the internet after he tattooed AMG Business on his face.

Many chastised him for doing such a thing on his face simply because he is madly in love with Medikal, going so far as to tattoo AMG Business on his face despite the fact that he is not a member of the crew.

He has returned to his senses and has cleaned all of the tattoos on his face with Toothpaste, also known as Pepsodent.

He doesn’t mind because AMG Business isn’t for his father, and if someone teases him about it, he won’t make it cool.