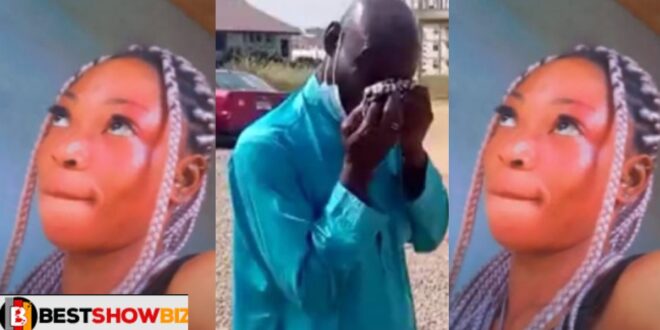 Family of Parkoso k!lled Lady Fumes as they demand her body from the police

The family of the late Samira Farouk is now dissatisfied with the manner in which the police are storing their deceased relative’s body.

The Police argue that more investigations must be made to identify the true cause of death and that the body cannot be returned to them until that is done.

The family is concerned that the body of their relative has been detained for almost a week without burial, which violates Islamic doctrine.

Umar Farouk, the deceased lady, lead his family to the premises of the Asokore Mampong District Court – amidst – after they were denied at the police station but the body was still not released to them.

The family claims that the remains can still be released to them while the inquiry is continuing. Mr. Umar Farouk explains that the family cannot continue to entrust the body to the police since it violates their religious teachings.

Samira Farouk’s body was discovered on December 14, 2021. According to surveillance footage from his home, he allegedly slashed her with a kitchen knife before crushing her head in with a brick.

The culprit, who was once acquitted of stealing and raping a resident, was captured shortly thereafter.