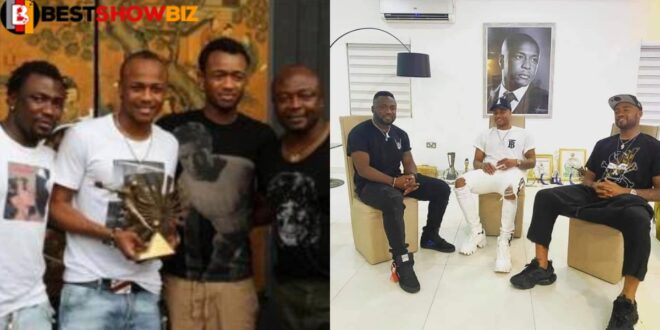 Family Goal: Dede and Jordan Ayew reunite with their Brother in Ghana (photo)

After their different seasons in Europe, the kids of renowned Ghanaian footballer Abedi Pele, Rahim, Andrew, and Jordan, have reunited.

Andre and Jordan, the two Black Stars players, visited senior brother Rahim in Accra and took a wonderful photo that any family would want to see.

He also played in international friendlies in Rabat and Cape Coast, respectively, against Morocco and the Ivory Coast.

Jordan, like Andre, has been in the nation for a while, but he was in camp with the Black Stars and even captained the team against Morocco in a friendly.

Photos and information on the woman who was shot alongside a police officer in Korle-Bu.

A heist of a bullion vehicle has been reported in Bu.
Rahim Ayew recently returned from Gibraltar, where he plays for Europa FC.

The brothers will return to their respective teams for preseason next month, but Andre is looking for a new club after leaving Swansea.