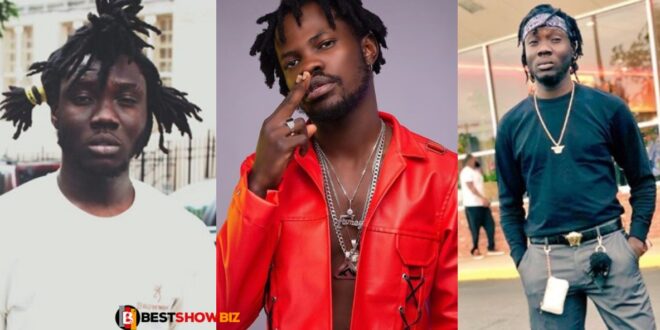 After asking Fameye for a collabo for one of his signees, Kojo Phino, Showboy has accused him of disrespecting him and treating him like a “useless thing.”

In a Facebook post, the imprisoned artist said that he offered Kojo Phino’s song to Fameye for a collaboration and endorsement, but that the ‘Praise’ hitmaker turned him down.

Showboy claims he even offered Fameye money in exchange for the feature, but the latter declined for reasons unknown to him.

Showboy, the CEO of the 2Hype gang, believes Fameye is treating him badly because he’s in prison, and he certainly doesn’t want to do business with a felon.

Read Also  Fameye: I’m Being Tagged “Poverty Ambassador” Because Of “Nothing I Get”

An enraged Showboy posted a screenshot of his conversation with Fameye on social media, along with a Facebook post.