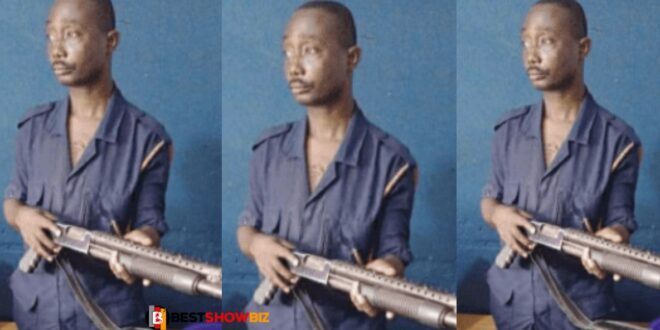 Richard Takyi, a man from Kumasi in Ghana’s Ashanti region, was reportedly arrested for impersonating a police officer and illegally possessing a revolver.

According to accounts, when the police officer saw the man in uniform, he decided to approach him to see where he was stationed, but upon further examination, it was discovered that he was a fake cop.

He was detained right away by the cops, and his pistol was taken away for further examination.