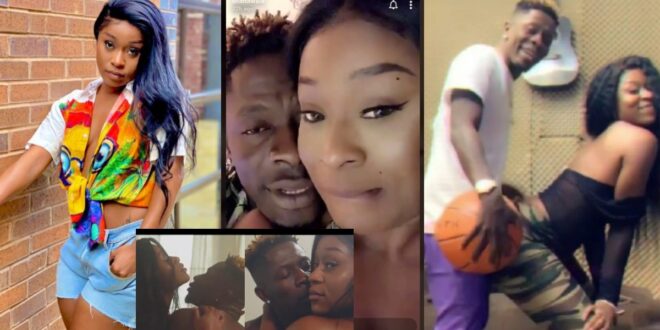 Medikal was recently detained after posting a picture of himself with a gun on social media. Shatta Wale had already been arrested for circulating fake information about being shot by unknown shooters. Medikal will be held on custody for three days, while Shatta Wale will be held in Ankaful Prison for one week.

Efia Odo, a close friend of both musicians, reacted by questioning why the men of God in Ghana had not seen anything in that regard.

Read Also  New source claim Akua GMB is rather Divorcing her husband for sleeping with her friends, Emelia Brobbey and Tracey Boakye.

Prison is not a nice place for anyone, according to Efia Odo, and she hopes Medikal and Shatta get released soon.

She went on to exhort Ghanaian pastors to begin praying for people’s salvation rather than making doomsday predictions.

Take a look at her posts below.