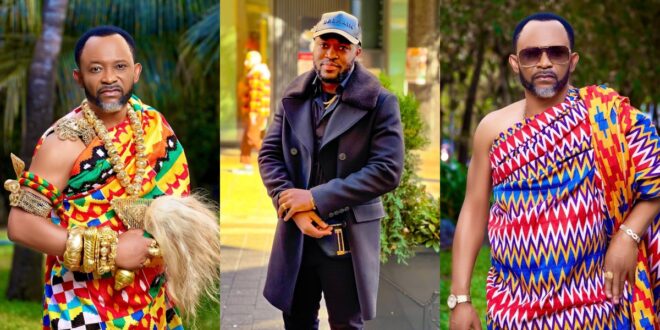 Today marks the big man’s one-year birthday, and his godson has rushed to social media to wish him well.

According to Kennedy, Fadda Dickson is one of the greatest people he has ever known.

He congratulated Fadda Dickson with a great remark after sharing a lovely picture of him.

“Happy Birthday to one of the greatest men in my life,” Kennedy wrote. The man with a golden heart. “May God bless and increase you in this new age,”

Dickson was clothed royally with magnificent kente cloth and other regalia in the images.

Take a look at the images below.

Fadda Dickson’s rise to prominence as one of Ghana’s most respected men is a remarkable success story.

He has been with Despite Media from its inception and has progressed through the ranks to his present position as Managing Director.

He is Despite’s uncontested right-hand man and, as seen by these requests, a close friend and mentor to his countless children.

Happy birthday to this wonderful man.