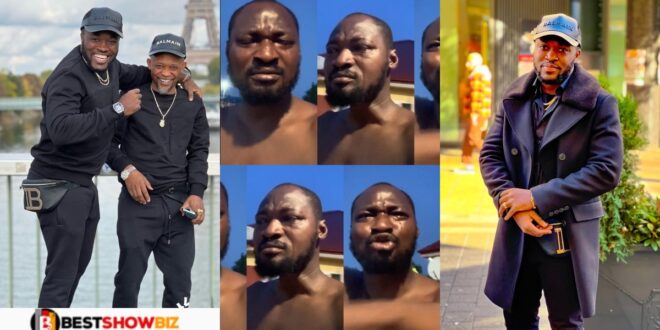 “Fada Dickson has a heart of Gold, he will forgive you”- Kennedy Osei tells Funny Face

In response to Comedian Funny Face’s recent outburst on social media, Kennedy Osei Asante, the General Manager of the Despite Group of Companies, has written him a message through his official Twitter account.

Funny Face, who is currently undergoing treatment at a psychiatric facility, has been diagnosed with bipolar disorder and is currently in the hospital.

Funny Face, in a recent social media post, begged Kennedy Osei to express his regrets on his behalf to Fadda Dickson.

Kennedy Osei also replied; “Bro all is well. Even our heavenly father forgives us for our wrong doings. I’m sure @faddick definitely got a heart of Gold. All is well. Stay safe and we keep in touch off social media ok ??”