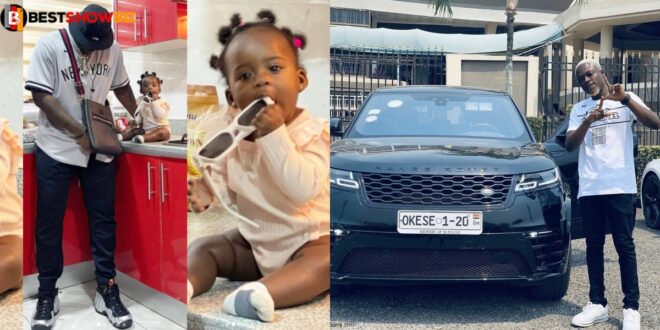 Okesse 1, the singer-songwriter behind the popular single “Na Today,” has violently assaulted Medikal once again in a series of posts he uploaded on his Snapchat stories after the AMG-signed rapper hurled subtle barbs at him.

This morning, Medikal decided to take to social media to express his gratitude to those who have assisted him during his professional career, giving a new twist to the long-running feud that has existed between the two former best friends.

Criss Waddle, Flow Dely, Attitude and other AMG crew members received heartfelt thanks in Medikal’s list, but Okesse 1 was left out, despite the fact that he had played an important role in his life before becoming a star.

When Okesse 1 saw that his name was not on the list, he went insane and started to go on a raving binge on social media.

According to Okesse 1, he was the one who mentored  Medikal how to “scam” . His statement went on to say that Medikla has since been making money off the methods he taught him when he was just starting out.

Okesse 1, enraged and hurt, went on to boast that he was the one who escorted Medikal to the bank, where he was able to withdraw his first large sum of money.

He went on to reveal that his Range Rover, as well as his East-Legon home, are both subject to a mortgage.
Okesse 1 also warned the youths not to be influenced by Medikal’s extravagant lifestyle on the internet, stating that he is in fact in financial trouble behind the scenes.

Read Also  "I am a big fan of white money and will want him to break my v!rg!nity"- Lady reveals

Medikal has responded to Okesse 1’s allegations against him, and according to his words, everything that his former best friend has stated against him is a fabrication.

Medikal, who is well-known for bragging about his wealth, admonished Okesse 1 to keep his mouth shut because even his daughter, Island Frimpong, is significantly wealthier than him.

Additionally, the singer of “Omo Ada” has declared firmly that he does not have time for fools like Okesse 1.

Basically, this is a squabble between two con artists who have hidden their nefarious operations behind the music industry. a crook accusing his coworker of spying on him, how absurd!