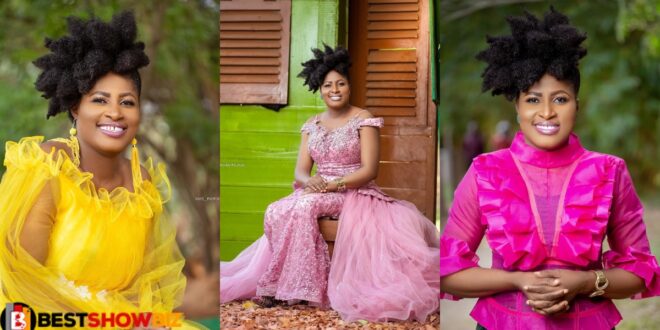 Patience Nyarko, an award-winning gospel singer, startled netizens when she revealed that conflict within the gospel community is common since even God and his angels fight.

The singer, who is best known for her famous song Obi Nyanime, said she does not let differences amongst gospel singers upset her since it is unavoidable.

Patience Nyarko remarked in an interview with Graphic Showbiz:

“This is very common among Gospel musicians but I see it as normal because even in heaven, there was a misunderstanding among angels, how much more among we mere mortals?

“We Gospel musicians are expected to support one another just as secular musicians do but that is not the case. In my case, if I call you and you ignore me, I take it easy because I tell myself that such acts are normal.

Even in heaven where there is God, there can be misunderstandings among angels so when it happens among we human beings, I see it as normal.

“I don’t see it as a big deal so people shouldn’t worry their heads over it. I don’t bother myself over things like that because like I have already mentioned, it is normal,” she stated.