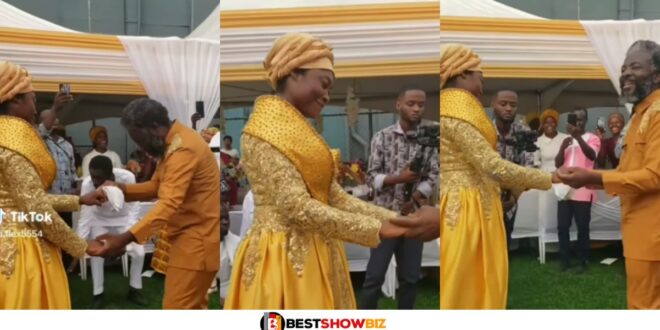 Papa Shee, a former highlife musician who is now an evangelist, recently tied the knot with his longtime partner in a private ceremony in Ghana.

After achieving success with songs like “Koyon So,” “Atadwe,” and “Atepa” in the 2010s, Papa Shee uprooted his life and moved to the United States of America (USA). He later revealed that he had become an evangelist.

Papa Shee is a well-known evangelist whose messages are known for being strict, conservative, and controversial.

As a result of this, other vocal pastors, such as Prophet Kumchacha, have found him to be a subject of criticism.

A short video of the pair can be seen on the web right now. Papa Shee and his gorgeous wife are seen dancing as a sign of their joy at becoming married.