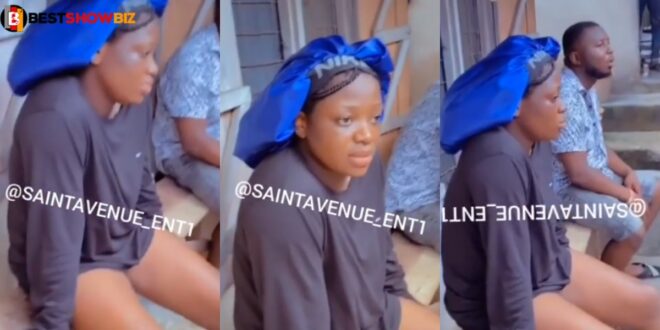 A lady has been caught taking pants from her neighbors’ compound, according to a video posted on social media. After being caught in the deed, the young attractive lady can be seen sitting on a chair in the footage.

According to the victim, the accused thief claimed she picked up the underwear because water was pouring out of them and she felt compelled to do so as a good samaritan. She then questioned the alleged thief about why she took her underwear and was on her way home before being apprehended.

The victim concluded that the lady intended to steal the panties and deliver them to the yahoo and sakawa lads for money rituals. People are no longer afraid to do anything for money, and the world is steadily deteriorating. Whether the claim was genuine or not, the accused thief couldn’t change a word.

Read Also  All you need to know about Akua GMB's real age, businesses, kids, and marriage

Everyone must be extremely cautious and take special care of their underwear when drying outside to avoid being taken by someone with nefarious motives.