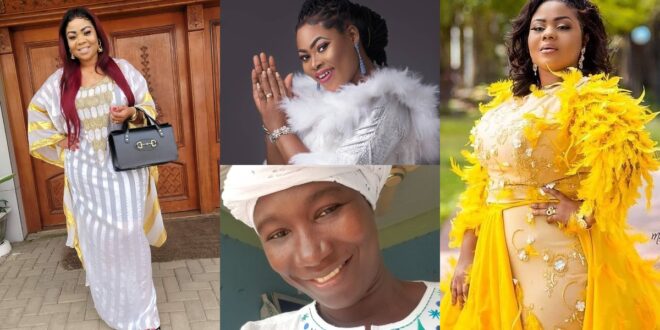 Empress Gifty details how she used to suffer in her previous marriage reacting to Cecilia Marfo and Joyce Blessing’s issue.

Empress Gifty formerly called Gifty Osei has reacted to the incident that happened in Kumasi between Joyce blessing and Cecilia Marfo.

Cecilia Marfo took the mic Joyce blessing was using to perform and told her to go back to her husband per the instructions of the holy spirit.

Reacting to the incident, Empress Gifty revealed that Cecilia Marfo is an evil woman and once buried her name with Ghs 50 note so she will not advance in the music industry.

Empress Gifty said what Cecilia marfo did to Joyce blessing was wrong and that it is not a crime for someone to leave a toxic marriage.

She added that her previous marriage was very toxic but she pretended all was well and it nearly killed her.