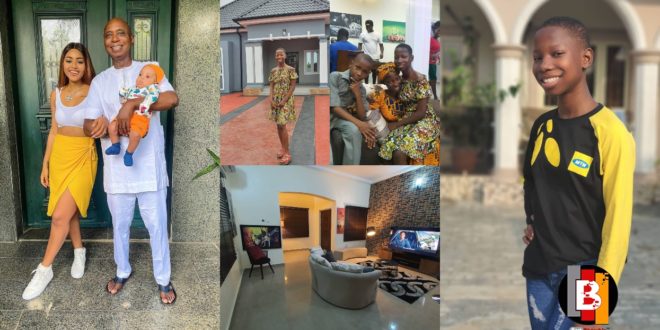 Yesterday, social media users were full of praise after child actress Emmanuella of mark Angel Comedy fame took to her page to announce that she has bought her mother a house and was also building a mansion for her.

Everything was going on fine until Regina Daniels who is married to billionaire Ned Nwoko, came out to congratulate Emmanuella for what she has achieved at such a young age of 10.

Social media users did not spare Regina as many of them claim Emmanuella was far better than her because she didn’t have to marry a rich man old enough to be her grandfather to make it in life.

see some reactions below.