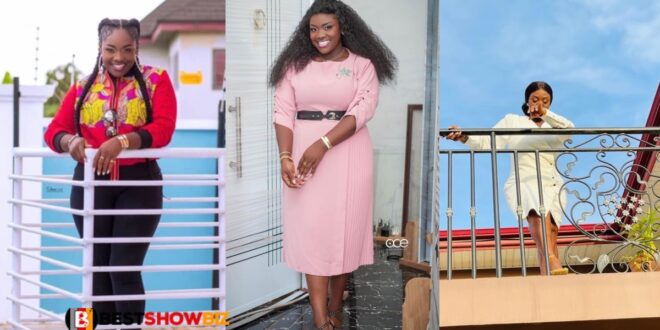 Emelia Brobbey is a well-known Ghanaian actress, singer, film producer, and businesswoman who was born in the country and has been in several Kumawood films.

She has been working in the media industry for over 16 years and counting.

Emelia, who was recently accused of having an affair with Shatta Wale by his claimed lover, Magluv, even though Shatta Wale was still married to her baby mother, Shatta Michy,

She is one of the actors that engage with her fans and followers on a regular basis.

Emelia Brobbey, despite all the controversy surrounding her, has shared photos of her huge and lavish mansion in order to inspire her fans to achieve greatness.