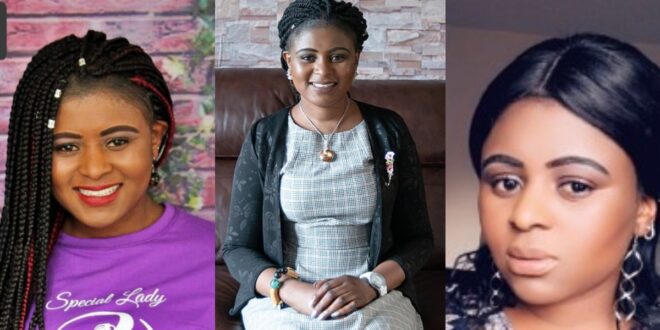 Elizabeth Amoaa, a beautiful Ghanaian lady who was destined to never have a child, has triumphed and is now the proud mother of a sweet girl; she has shared her story.

Elizabeth finally discovered why she had stomach pains, back pain, pelvic thrusts, and a strange menstrual circle for years.

The lovely Ghanaian lady was diagnosed with uterus didelphys in 2015. Elizabeth Amoaa has two cervixes, two vagina, and two wombs so she has the Uterus Didelphys.

This ailment was the source of Elizabeth’s extreme pains for the majority of her childhood, but she had little idea. She confessed to the doctors that she had no knowledge of it.

According to Elizabeth in a new bare it all interview, she was told she wouldn’t be able to conceive and have a child because of her condition and the fact that she was already diagnosed with uterine fibroids.

Her physicians prescribed drugs for her. Elizabeth overcame all odds to conceive and give birth to a healthy child after years of fighting the illness.

Following her victory over the illness, Elizabeth Amoaa now lives in Walsall, Birmingham, with her sweet daughter.