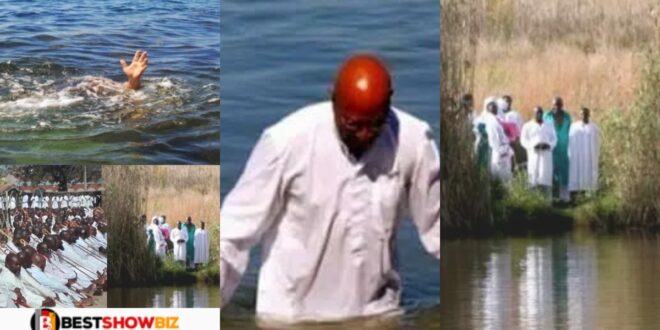 Eight prophets die in Zimbabwe while attempting to remove “Holy Sticks” from river.

Eight self-proclaimed prophets are believed to have drowned in a river in Rushinga, Mashonaland Central Province, Zimbabwe while attempting to retrieve a sacred stick.

On Saturday, October 3, prophets from the Vadzidzi vaJeso Apostolic sect drowned in the Mazowe River after they decided to do their annual Passover celebration and trampled into the river, dying.

According to stories, the prophets were racing to see who could recover a “holy stick” from the deep depths of the river during a baptismal rite.

Timothy Maregere, the provincial development coordinator for Mashonaland Central Province, confirmed the tragedy and disclosed that there were ten prophets, but only two survived the incident.