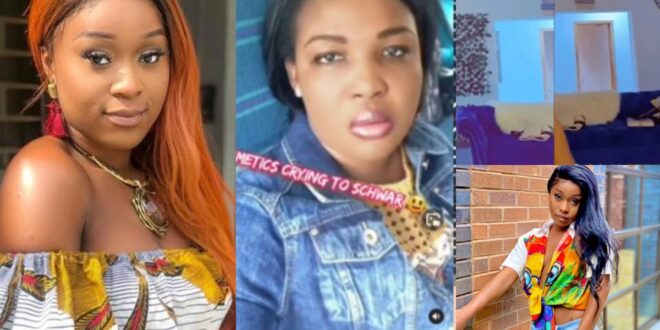 My sofa costs more than Gh10,000, Pinamang Cosmetics is a lier – Efia Odo react in a new video

D-list Ghanaian actress Efia Odo has finally reacted to the CEO of Pinamang Cosmetics over her allegations that she bought her a sofa.

the woman in the said audio claimed the actress came to her and cried that she needs a sofa in her room of which she gave out GHC10,000 to her.

for that long time, Efia Odo has now reacted to Pinamang Cosmetics allegations.

Efia Odo claims she charged Pinamang Cosmetics for being an ambassador for her product and she charged her in pounds and not cedis.

the video show Efia Odo looking so angry as she uses ‘F’ words in that that she said.