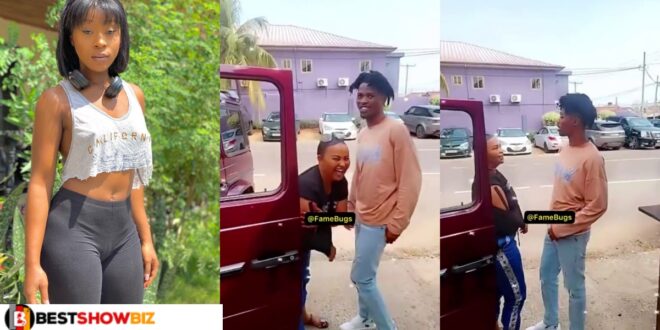 After fighting Sarkodie and claiming to be the rapper’s biggest fan, Efia Odo is still fighting with Nana Ama Mcbrown over who is the biggest fan of Kwesi Arthur.

Nana Ama Mcbrown claims that Efia Odo only talks too much, asking Kwesi Arthur to forget about her because she (Mcbrown) is his biggest fan, and Efia Odo has responded by attempting to reclaim her position as Kwesi Arthur’s biggest fan.

Nana Ama Mcbrown has browned her, according to Efia Odo, but we should disregard what we heard because she is still Kwesi Arthur’s biggest fan, and no one, no matter who can take that title away from her.