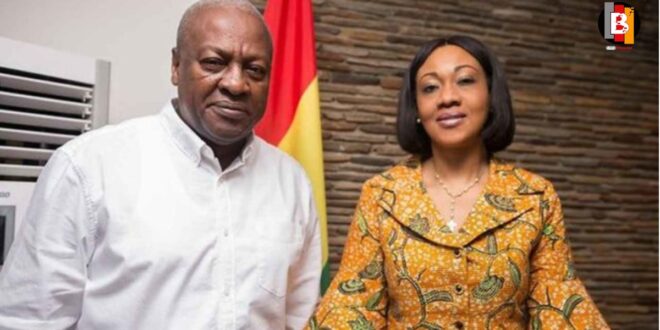 Former President of Ghana, John Mahama of the NDC has stated that the EC Boss, Jean Mensah, and all her commission should have resigned by now following the imperfect elections they conducted.

according to the former president on Wednesday 16th December in the Bono East Region, while speaking with party supporters, Jean Mensah and her commission are the first ever to fail to conduct a free and fair election.

Mahama claims the electoral commission which is led by Mrs. Jean Mensah is the worst in the history of Ghana.

He stated that the incompetence of the EC resulted in the loss of some Ghanaians while speaking with the families of the victims of the Techiman South shooting incident.

“But I must say, things shouldn’t have happened this way. This is not our first election. But unfortunately, we find ourselves here due to the incompetence of this Electoral Commission.”

Mahama further stated that Jean Mensah would have been forced to resign if it happened elsewhere.

“If this was a more advanced country, the EC Chairperson would have been forced to resign in shame…”