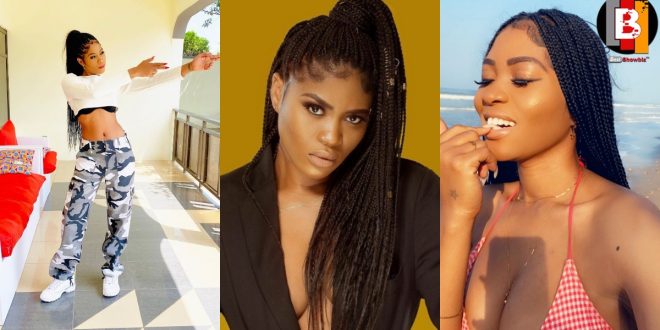 Eazzy: “I Have A Male Friend I Call Whenever I Am In The Mood For S3x”

As shocking as it may sound, songstress Mildred “Eazzy” Ashong said in the latest interview that she is single and has stayed that way for about two and a half years after her last relationship failed somewhere in 2017.

Speaking with Fiifi Pratt of Accra-based radio station, Kingdom plus FM, the songstress who pass to be called a veteran said she is currently not in a committed relationship but was forced to add that she has a male friend she calls when she is in the mode for sex.

The ‘Duna’ singer also admitted to once using a sex doll back in her university day to satisfy herself but had to opt-out of the practice because “the feeling was not the same as doing it with a man.”

Eazzy – who spent almost all the 5 minutes long video claiming that she dies not like having sex and she is able to quench the desire to concentrate on her businesses – revealed that the last time she had sex was a month ago.

Eazzy finally said in her next official relationship, she would be looking forward to getting married else she is staying single forever – well, the fact that she is not starving sexually, we won’t argue with her about this.

Read Also  ‘If anybody tells you I love you and doesn’t give you anything, then that love is fake and audio’ – Pastor