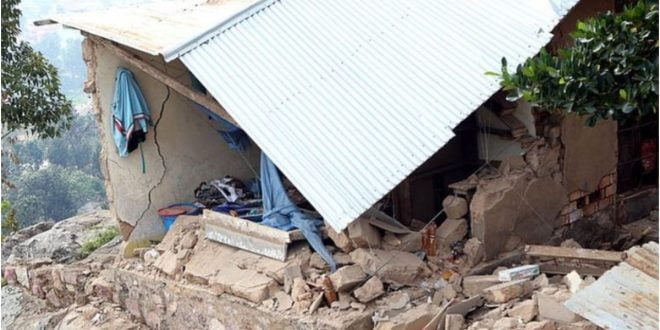 Earthquake in Ghana: Accra And Some Other Parts Experience Earth Tremor

Earth tremor has hit Ghana as Accra and some towns left in fear after the horrifying experience.

the earth tremor occurred on the night of Wednesday, June 24, 20202, affected areas such as Dansoman, Achimota Mile 7, Spintex, and North Kaneshie in Accra.

according to reports reaching us some other affected areas which experienced the tremor were Ashaley Botwe, Adentan, Kwashieman, Amasaman, Tema, Gbawe, Kokrobite, and McCarthy Hill.

Some residents from East Legon, Ablekuma, Ashongman Estate, Tetegu, Sowutuom, and Mambrobi Sempe also made a confirmation that they experienced the tremor.

well, outside Accra, places like Dodowa in the Greater Accra region, Kasoa, Winneba, Awutu, and Senya Bereku in the Central region and Suhum-Akrabo in the Eastern region also experienced the earth tremor.