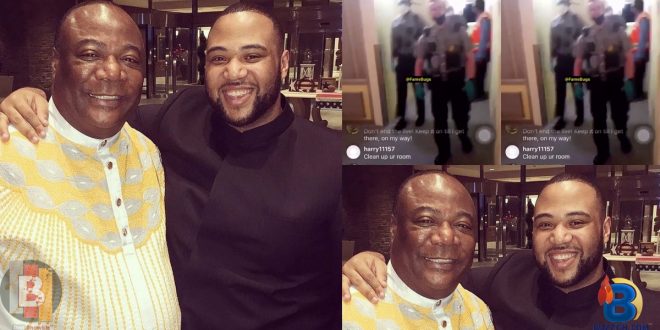 The son arc Bishop Nicholas Duncan Williams has finally used his influence to get his devilish son, Dennis Arrested.

Dennis have been going all out to disgrace his father by sharing his nudes and smoking weed on live social media feeds.

Dennis posted a video where police arrested him, and later posted on Twitter that his father lied to the police that he has raped a 2 years old kid.