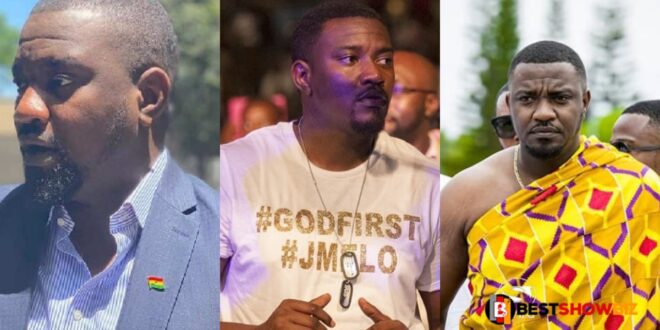 Dumelo shocked after he realized he was an assassination target in the 2020 elections.

Actor and politician John Dumelo received the shock of his life when it was revealed that he was the target of assassination during the Ayawaso Constituency by-election in 2019.

According to the person who leaked the information, he had heard about a plot to assassinate John Dumelo and shared it with everyone in his immediate vicinity.
He went on to explain that John should thank God every day for saving his life because he was really fortunate.

‘You should always thank God that you were not killed during the Ayawaso by-election because you were a target,’ he wrote.

‘I even informed people about it when we were attacked during the by-election.’
This comes after John Dumelo expressed his hope on social media that one day he would be allowed to demonstrate without being shot at.

Read Also  Video of a Ghanaian Pastor threatening to k!ll members when they leave his church surfaces

However, a man dashed his dreams, claiming that he had previously been targeted for murder and that he should thank his lucky stars that he had been spared from death.

Fix The country’s protests have taken a rapid turn in a bad direction, with several campaigners already losing their lives.