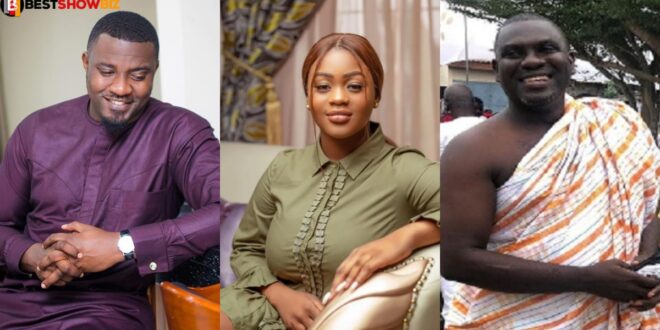 Nana Ansah Obofour, the Communications Director of the UK New Patriotic Party (NPP), has angered John Dumelo over a remark he made regarding Farida Mahama.

Dumelo has slammed Ansah for his remarks, claiming that his children should be embarrassed of him.

On July 16, the former president’s daughter turned 14 years old, and her photographs were all over social media.

When everyone congratulated the adolescent and wished her luck, Ansah posted one of her stunning photographs and joked that Farida must be having affairs because she has already begun applying cosmetics.

Dumelo became enraged and told him not to make such a remark about Farida or any other little child again.

Read Also  Jackie married in 2005 and Divorced only 3 years later, here are pictures from the wedding.

below is a screenshot: