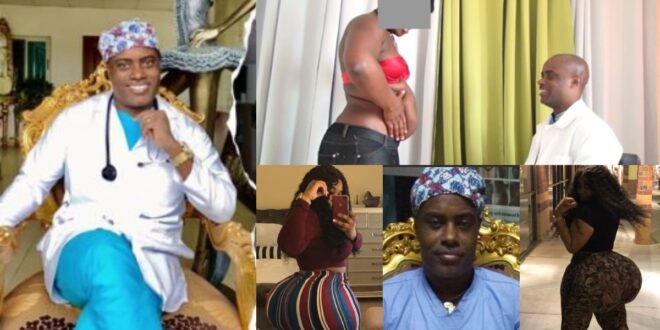 Dr. obengfo has been arrested and his hospital known as the Advanced Bodysculpt Centre hospital has been shut down.

According to the article we saw from Graphic.com, as part of a compliance exercise undertaken by the department officials of the Health Facilities Regulatory Authority (HFRA) headed by the registrar, Dr. Philip Bannor, closed the facility on Friday, January 29, 2021.

The reports add that the 2011 Health Institutions and Facilities Act, Act 829 that created the HeFRA, requires it to close down any health facility that does not follow the constitution requirements.

An individual shall not, according to the law, operate a health facility unless it is approved under the Act.

Dr. Dominic Obeng-Andoh, the Chief Executive Officer of Obengfo Hospital, did not issue an operating license to the team when they visited the facility on Friday morning, contributing to the closing of the facility.

The exercise was described as a “act of mischief,” adding that “you are targeting us and you want to paint us black.” he said

In spite of his crazy protest against the decision to shut him down, Dr. Philip Bannor, the president of the Health Facilities Regulatory Authority (HFRA) delegation, did not pay attention as he immediately shut him down.

The regulation allows you to receive a license from us and we have no choice but to close the facility because you have refused to do so.