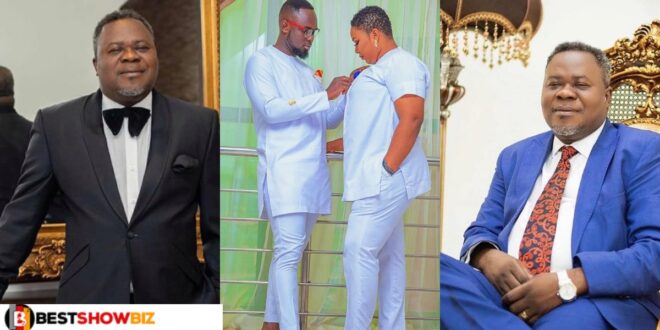 “Dr. Kweku Oteng has not sacked me because of my marital problems”- Xandy Kamel explains

Many media outlets have reported that Xandy Kamel, an actress and television host, as well as her estranged husband King Kaninja, have been fired from their positions at Angel TV.

The host of a celebrity gossip show dubbed “Yenom Tea,” Xandy Kamel, and her husband King Kaninja, a sports journalist and Head of Sports at Angel TV, are said to have been fired by Dr Kwaku Oteng because of their marital problems. Dr Kwaku Oteng has denied the allegations.

Xandy has finally spoken out in response to the news that she has been fired from her position. She stated in an exclusive phone interview with Ghpage that she has not been fired by her employer, Dr Kwaku Oteng, the CEO of the Angel Broadcasting Network, and that she is still employed by the company.

According to Xandy, she is currently on leave and will return to the screen in the near future to fulfill her responsibilities as the host of ‘Yenom Tea.’

She explains that her leave coincidentally coincided with her marital difficulties and that she is not on leave as a result of this (marriage issues).

The actress went on to say during the phone-in discussion that Dr Kwaku Oteng had nothing to do with her decision to take a leave of absence, dismissing the notion that the CEO had fired her outright.

Read Also  "My ex-wife forced me to spend the money Badu Kobi gave me on useless things."- TT says
Share