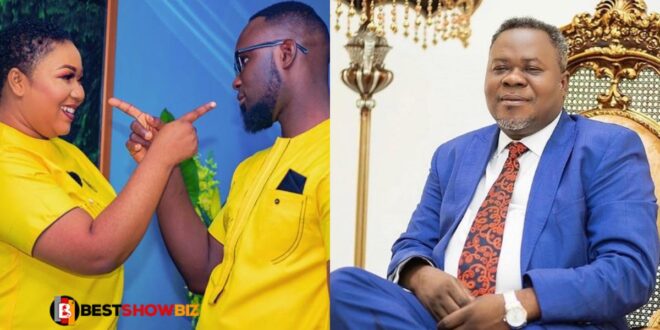 Xandy Kamel, a Ghanaian actress and television personality, and her sports presenter husband, King Kaninja, have been suspended from Angel TV, according to a newly released report.

The aforementioned woman and her husband have been the subject of divorce rumors, as previously mentioned.

False publications have been made about Xandy Kamel, such as the claim that she is a lesbian, but these have all been proven to be untrue.

This was revealed after the lady (supposed lesbian partner) hired to assassinate Kamel finally confessed and shamed everyone.

Kwaku Mensah, better known as Kaninja, her sportscaster husband, has also been suspended.

This comes after their social media outbursts about their marital problems and related issues.

In accordance with a reliable inside source, the board of directors of Angel Broadcasting Network, including its CEO Kofi Acheampong Bronzy and Manager Stacy Amoateng, decided to give the couples some time to work out their marital problems.