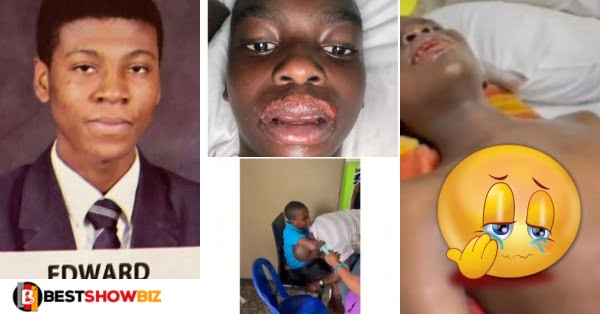 Relatives of Sylvester Oromoni, the victim of the Dowen college murder have published photos of the alleged attackers who attacked and murdered their beloved.

Their identities were established after the late Sylvester, at his last breath mentioned the names of five individuals responsible for the anguish before he succumbed to his pain on Tuesday, and they were able to obtain photographs of three of those individuals.

The family members of the deceased student are enraged and demand justice for their beloved son, who turned 14 yesterday.

Sylvester Oromoni’s family has begun distributing images of the suspects implicated in his death following his death, which was purportedly caused by the attack he was allegedly subjected to by his classmates.

Sylvester’s sister released an image of a suspect identified as Edward Brown.