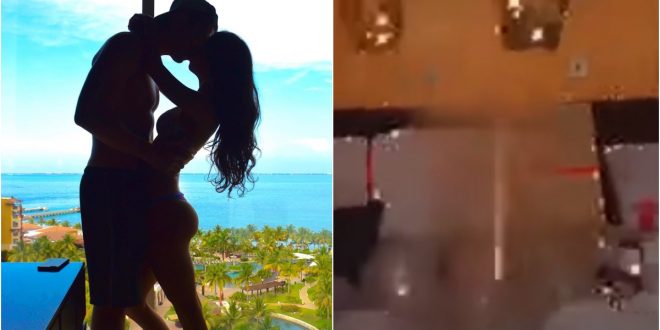 A Nigerian man has gotten the surprise of his life as his surprise to his girlfriend turns back to be his own surprise.

according to a video that has fast gone viral, the unidentified man made a surprised birthday party for his girlfriend in an expensive hotel but it turns out to be his own surprise.

it appears that the lady requested money from her boyfriend for her birthday party but he didn’t give her because of his planned surprised birthday party.

after organizing the birthday party, he went to the girl’s house to pick her up but she was not around.

it appears that the guy bribed the girl’s mother and she shown the guy where her daughter was.

the guy then headed to where his girlfriend is only to find out that its the same hotel he organized the surprised birthday party.

he saw his girl in bed with another man in the same hotel he organized the surprised birthday party.